This is a story that my Grandma Strebel wrote in 1979. It was written a year after my Grandfather passed away. It is one of our family Christmas stories that we read to help bring the Christmas sprit into to our home. 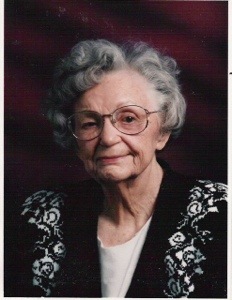 I can still hear my mother’s soft voice as she related this Christmas Eve miracle. The experience was sacred to mama; she told it only on special occasions, such as the evening my sweetheart asked for my hand in marriage.

The story began on a crisp autumn day in October, 1928. The huge barn behind our home in Heber City, in northern Utah, was heaped to the rafters with fresh hay, and the loft was filled with the happy laughter and shouting of romping children. I was among them, unaware of the tragedy about to strike. I found myself an inviting hay hill, and got ready to slide down. Suddenly I was falling headfirst through a chute. Down I shot to a cement floor into a feeding manger at the bottom of the barn.

I still remember the startling sensation of regaining consciousness, and the horrible frustration of not being able to cry. My brothers ran for papa. How comforting and secure his sturdy, strong arms felt as he lifted me out of the hay manger and carried me into the house. Gently he placed me on my bed.

Several days later my headache had not subsided. The condition became even more complicated when I contracted a severe cold; to this day I remember the nightmare of the accompanying high fever. Later one afternoon when the doctor made his routine call, he shook his head as he read the thermometer, and mama knew it was time to take action. She sent for papa, and we prepared to leave for Provo, forty miles away, where I could be hospitalized. Neighbors and relatives gathered to offer their assistance and assure us that my four small brothers would be well cared for.

The journey through the winding roads in Provo Canyon was long and hard, as papa pushed his Model T Ford through herds of sheep on the roadway. We arrived at the hospital late that night.

The pain was severe behind my left ear and after two more days of high fever, the doctors operated and discovered a deep-seated mastoid infection. By this time it had entered my blood stream. The next week the surgeons were compelled to lance my left arm, and the next week my right leg. For seven long weeks I endured the grueling ordeal of many operations.

Three days before Christmas the doctors called my father into the office and told him they could offer little hope for my recovery. Knowing of my intense longing for my brothers and home, my parents decided to take me home for Christmas. They located a truck to take me to the train (there were only a few trucks in the entire town) and lifted me onto a cot. In the hallway the hospital personnel gave me a lovely doll dressed in a pink, handknit sweater and cap. I clutched the doll close to my body under the blankets, and when we came out into the refreshing night air, I was hysterically happy. I thought I was leaving the whole ordeal behind me in that hospital.

Slowly the truck made its way to the depot. We boarded, the conductor shoveled a huge lump of coal into the potbellied stove in the caboose, and the train began its three-hour journey home. The sleeping powder the doctor had administered before we left the hospital soon took effect, and I slept most of the way. When the train stopped, papa stepped to the door of the car, then bent over me chuckling.

“You would never believe the crowd that is out there to welcome us,” he said. “My goodness, you would think a celebrity was getting off this train.” He chuckled again as he pulled a warm cap over my head. Mama tucked the covers under my chin, and my cot was lifted to Uncle Dode’s bobsled. Sleighbells tinkled as the horses pranced down Center Street over the smooth, icy roads.

When we reached the tabernacle corner, the sleigh stopped with a merry “Whoa.” In the middle of the main street was a large Christmas tree, adorned with electric tree lights, the first I had ever seen, How colorful and sparkly they were! The children of my primary class stood beneath the tree, welcoming me with the sacred strains of “Silent Night, Holy Night.” With all the faith and meekness of a child, I felt the love of our Savior in the hearts of many gentle people. Mama’s tears were mingled with the soft snowflakes that fell on my face.

A short time later, at our own front door, Mama laughed and cried as she hugged her four little sons. Seven weeks without a mother had seemed an eternity to them. Then, with hushed excitement, they led the way into my bedroom which they had adorned with red and green paper chains. A large, deep-red tissue bell hung from the single light globe. “Oh, see! The Christmas elves have been here!” Mama exclaimed, hugging the boys again.

But as the exertion of the trip took its toll, I realized the pain and suffering had not ended. By Christmas Eve my situation was critical, and the doctors told my parents that my chances of surviving the night were small. The elders administered to me, and for the first time my parents had the courage to say, “Thy will be done.”

After the blessing a special peace descended over the household. Papa and mama went into the living room with the four boys and helped them hang their Christmas stockings. Then they tucked each one into bed, assuring them that Santa was on his way.

Knowing that she was going to need strength for what lay ahead, mama was persuaded to retire to an upstairs bedroom. I loved to hear her tell of lying in the stillness of the night and of the peace that came over her as she fell into a sound sleep. She awakened, startled, just as dawn was breaking Christmas morning. She turned to my bedroom door, a silent prayer on her lips. Papa was just coming out, his tired face bathed in a relieved smile. A miracle had happened. I had been given strength to survive the night, and Mama could even see a slight sparkle in my tired eyes.

“Has Santa been here yet?” I asked.

“You bet he has,” she cried, tears streaming from her eyes. “It looks like Santa just stumbled into our living room and all the toys fell out of his bag.”

“But the most precious gift of all,” mama would say whenever she retold the story, “was the Savior’s gift to us that hallowed Christmas Eve.”

Although the illness left me with a physical handicap—one leg was much shorter than the other—I have been privileged to lead an active life. In 1977, before he passed away, my husband, Dr. George L. Strebel, and I served in Europe, where he was coordinator of English-speaking seminaries and institutes. I now have four happily married children and fifteen beautiful grandchildren.

Four years ago I had total hip surgery—three and a half inches were added to my leg. I am now walking without crutches and with just a slight limp. My leg is getting better all the time—a modern installment to the miracle that began that Christmas Eve.